We’re big fans of long, slow dinners. We’re even bigger fans of dinners where each person ‘cooks’ their own meal like fondue and our new favorite, hot pot! Basically a hot pot is a flavored pot of broth that each diner dips their food into to let it cook. As the meal progresses, the broth gets more flavor from all the things that have been dipped in it. That broth is then ladled over noodles and eaten as a soup.

The first time we had hot pot was at the Chinese restaurant Shining Rainbow in Albany, NY. We were with another couple. The server brought us a pot, divided in two, with two flavors of broth – one spicy, one not. We ordered a variety of vegetables and protein and took our time swirling them in the pot to cook, dipping them in sauces and catching up with our friends.

At the end of the meal we were hooked!

Recently I was scrolling through my Instagram feed. @candacekaru posted that she and her family were having hot pot for Christmas dinner. This was their tradition.

That got my wheels turning. I did a bunch of research on how to set it up properly at home. The Woks of Life “Chinese Hot Pot at Home” blog post was the most helpful. This post breaks down all of the components you’ll need:

I ordered an induction top from Amazon so that I could just put my wok on top. When it came, though, I was very disappointed. To keep the cooktop cool, a fan (A REALLY LOUD FAN) runs the whole time. Nope. That was NOT going to work.

Time for Plan B. As it turns out, my Breville Fast Slow Cooker does the trick. I just used the ‘saute’ setting! PERFECT!!!

[NOTE: I forgot that I had an electric frying pan. I will try that next time because it’s shallower and I think it will work better.]

Using the recommendations from Woks of Life, we made our wish list of ingredients and headed to our local Asian grocery store, Jang Tuh Asian Grocery in Latham, NY. SCORE!

We got everything we needed, plus a few items that we thought would be great in our hot pot:

Our pantry and refrigerator already had plenty of goodies for dipping – soy sauce, Korean chili bbq sauce, ginger, thai chili paste. I figured we could make our own combos for dipping. 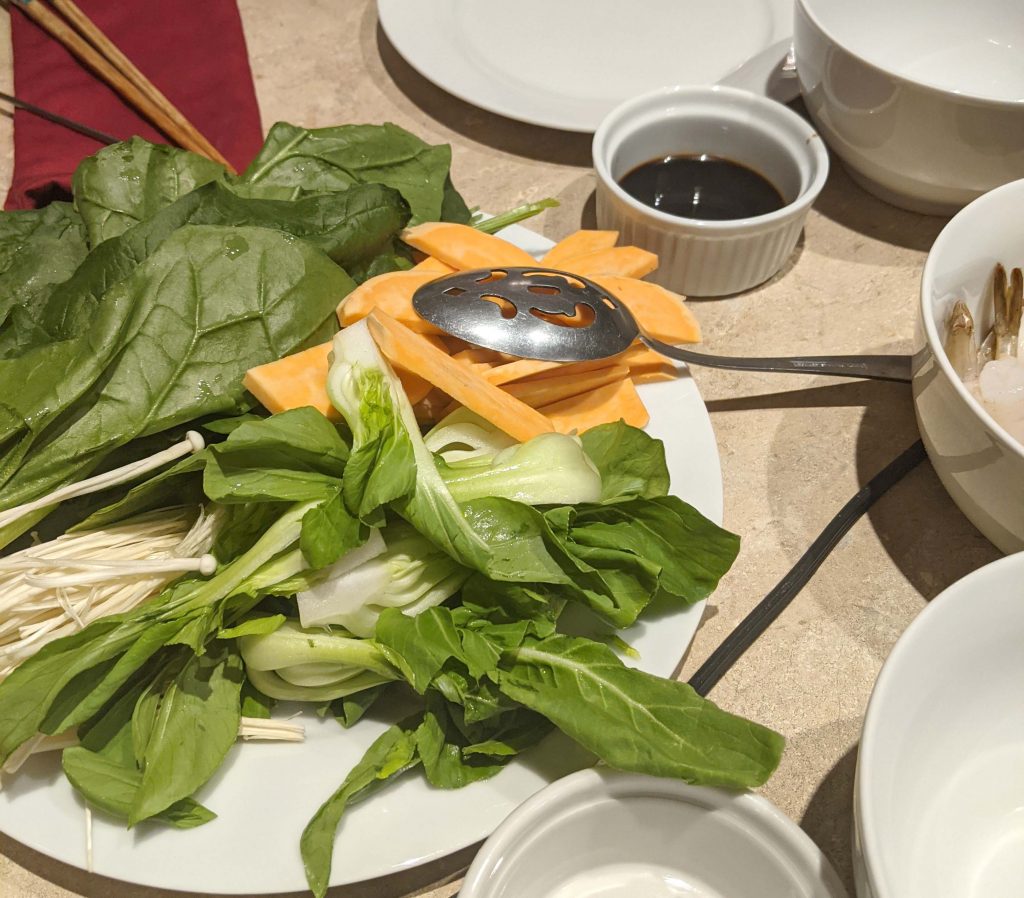 Make sure your beef is sliced super thin, almost shaved, for a quick cook.

For the broth we heated up chicken broth and added some ginger and scallions. I don’t know if this is authentic or not but it was very good. You want a broth as a base that’s neutral in flavor so that it soaks up the flavors of everything that you dip in it. You can also get broth bases at the Asian store.

We bought two kinds of noodles, Soba and rice. We used rice. They should be precooked and drained. Once you’ve got everything prepped and laid out, it’s time to dip, dunk and slurp.

The end result? A bowl of deliciously flavored broth that can be ladled over noodles and whatever else you like. I highly encourage you to give it a try. It’s a wonderful way to slow down and enjoy time with family and friends – and THEY do the cooking. 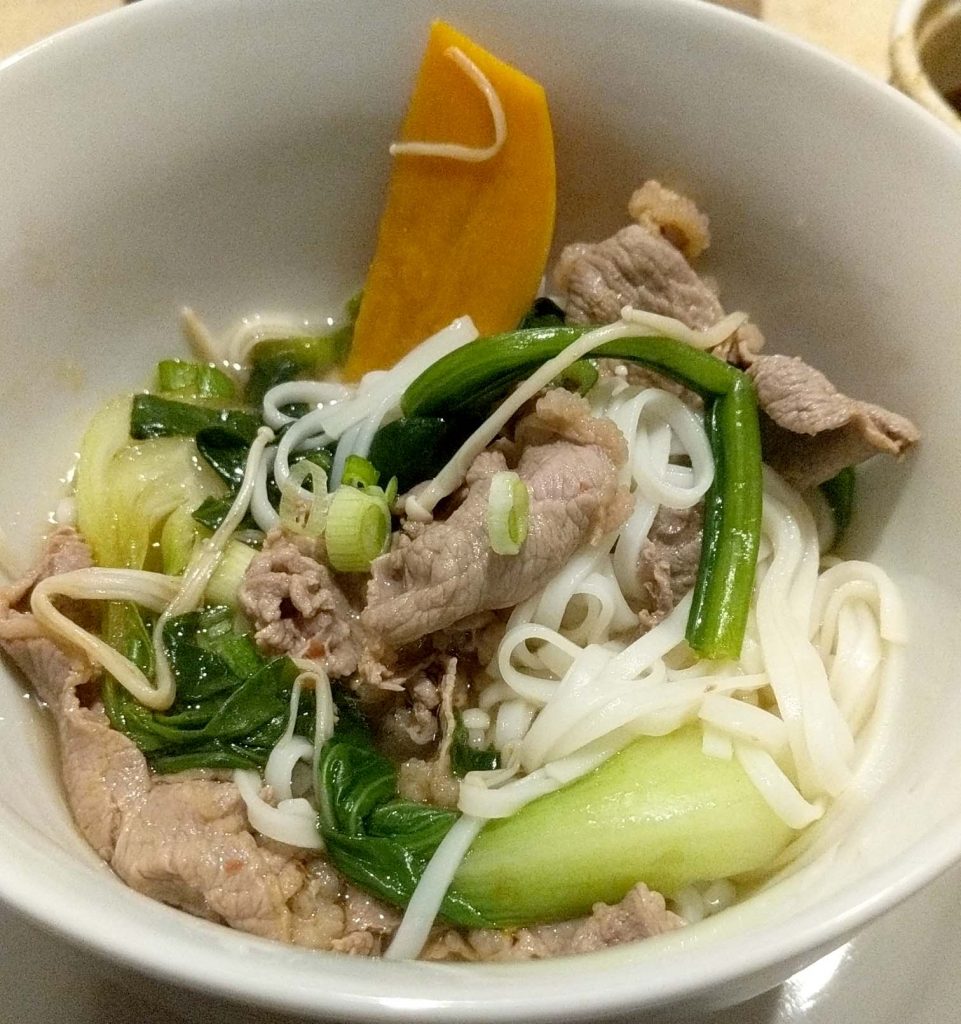