Blight, Rabbits and Woodchucks – Oh My!

As someone who loves to cook (and eat), I really enjoy growing as much of my own food as possible. There’s nothing better than watching your seedlings grow into mature plants laden with fresh produce. So you can imagine how frustratingly annoying it is to see your crop get decimated by pests or disease. The biggest challenge we’ve had in the garden is fighting tomato blight, rabbits and woodchucks.

Blight in the garden is a pretty nasty business. We’ve been dealing with it for the last two summers. The crop most affected was our tomatoes. 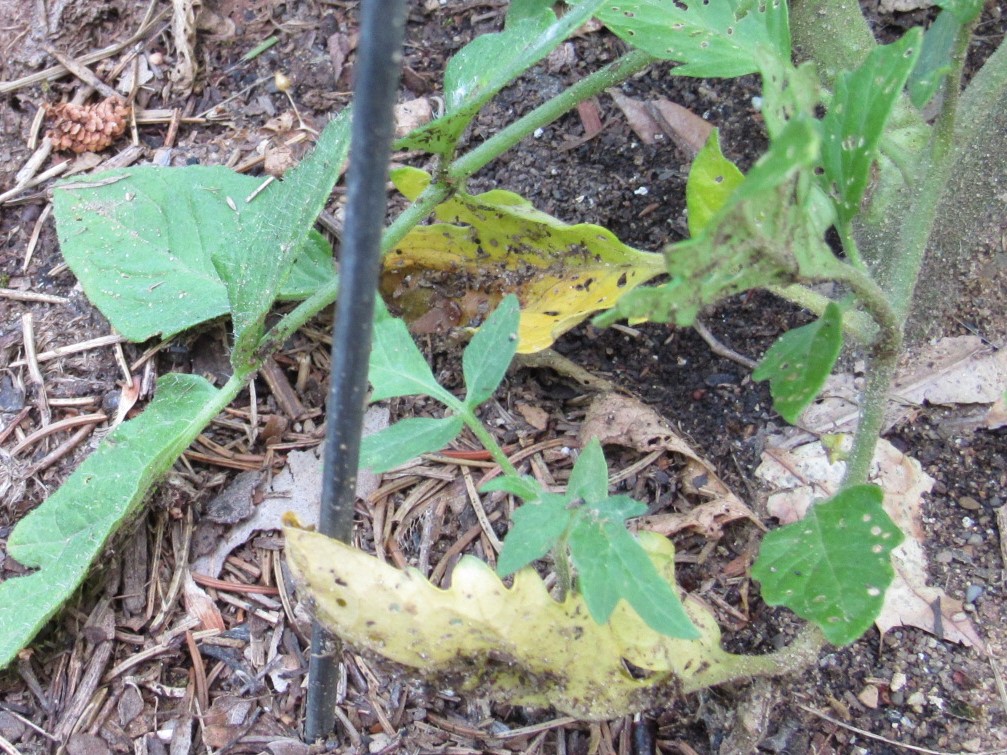 Yes, we still have a bit of blight in the garden. And the sight of it sends shivers down my spine. Why? Tomato blight is a fungus that spreads quickly and weakens the plant. The plant won’t produce nearly as many tomatoes as it should and the tomatoes themselves will not grow into their glorious, gorgeous fullness. The tomatoes will be mottled, yellow and basically rot on the vine.

When it happened two summers ago, I didn’t react in time and lost nearly the entire crop of tomatoes. Last summer things went much better and this is how the tomatoes look this year. 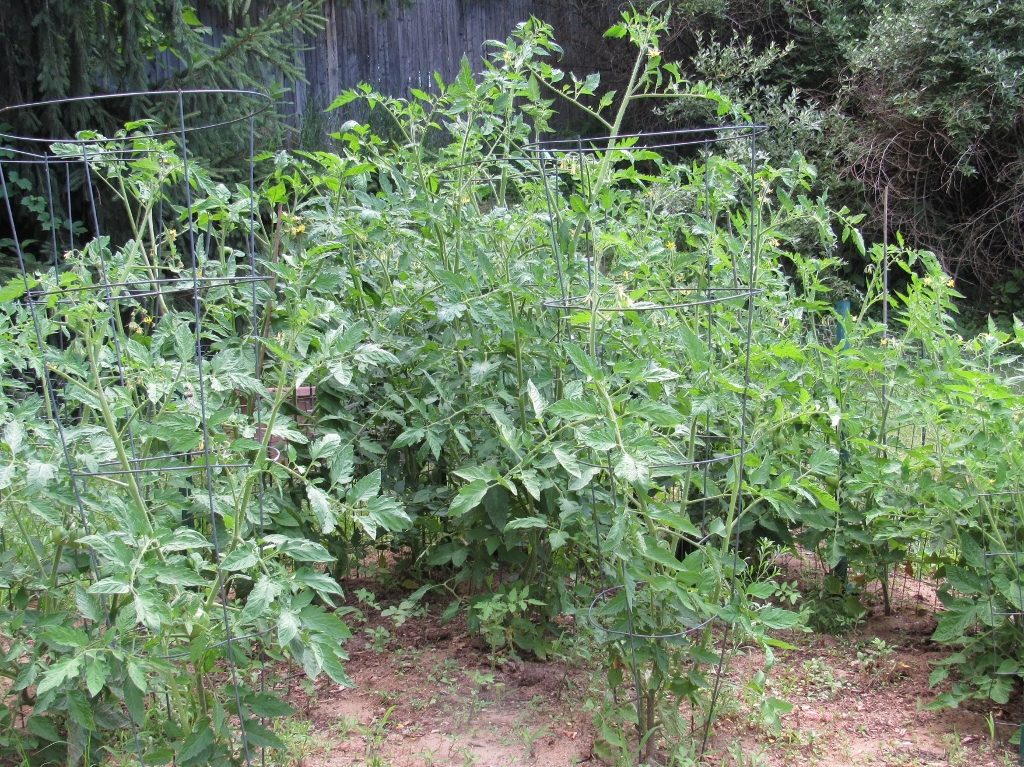 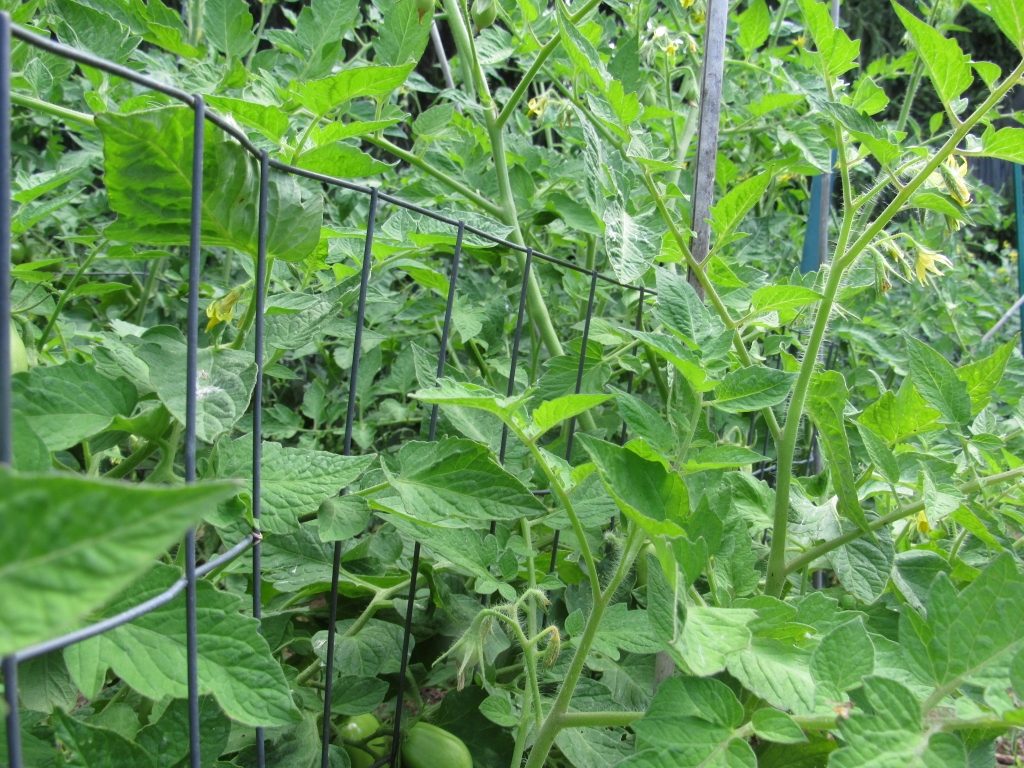 An up close look. Lots of healthy, green leaves, blossoms and baby tomatoes.

So back to the blight . . . as you saw in the picture above, there are still a few blighted leaves. Here’s how I handle them – remove the branch from the plant without touching that plant or those near them, take out of the garden, wash hands and shears. Repeat.

But the thing that really helped is what I did last year:

So if you have blight affecting your tomatoes, attack early and keep on top of it. You may not get a reward this summer but you’ll likely have a better reward next year.

The bane of my existence. For the past three summers we have a woodchuck family that lives under our shed. They have babies and the babies grow into full-size, fat-assed woodchucks who waddle in and out of my fenced garden to munch on my broccoli.

I came home one day last summer to find the biggest fattest one sitting on his butt eating my broccoli. I yelled. I screamed. I went running like a lunatic toward him. He nonchalantly shrugged, gave me the woodchuck finger and waddled off.

Enter the Have A Heart trap. First I blocked all the holes under my shed with rocks. Then I placed the trap over the biggest hole and put carrots and lettuce in it. Then I went away for the weekend.

When I returned, there was a woodchuck in the trap. I did feel bad, though, because he died. I was only gone two days and there was food and shade so I don’t know if he had a heart attack or what. To be honest, I only felt bad for about five minutes. If he hadn’t died, I honestly don’t know what I would have done with him.

The other critters that has my panties in a bunch are the rabbits. We are overrun with them. They live under the tree NEXT TO THE GARDEN!!! How convenient for them. The fence is doing a pretty good job of keeping them out but they, too, have figured out how to breach its perimeter. 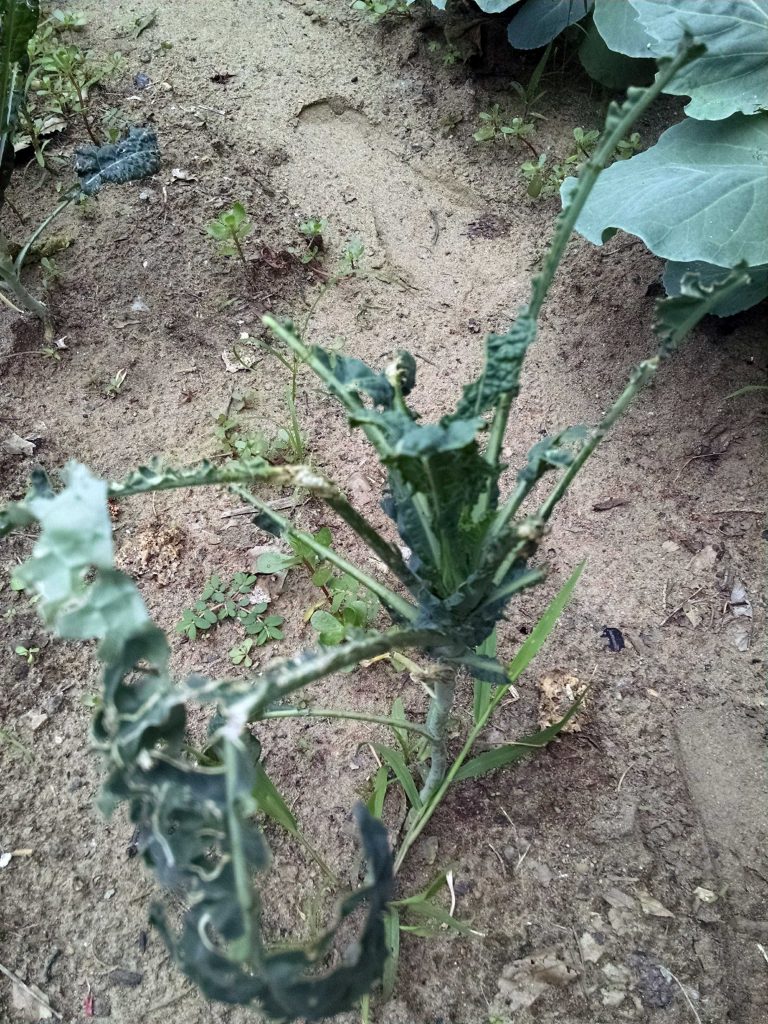 Lacinato kale eaten by rabbits – and maybe some woodchucks too.

I’m letting my neighbor borrow my Have A Heart so I’m trying two things that seem to be working for both the woodchucks and the rabbits.

The first is wood ash. When I clean out the fire pit, I sprinkle the wood ash in the garden around the plants I want to keep the critters away from. The idea is that the ash smells like fire which they’re naturally afraid of so it keeps them away. That works . . . until it rains . . . and you need a LOT of ash to keep reapplying.

Ortho Animal B Gon is working great and doesn’t wash away when it rains. 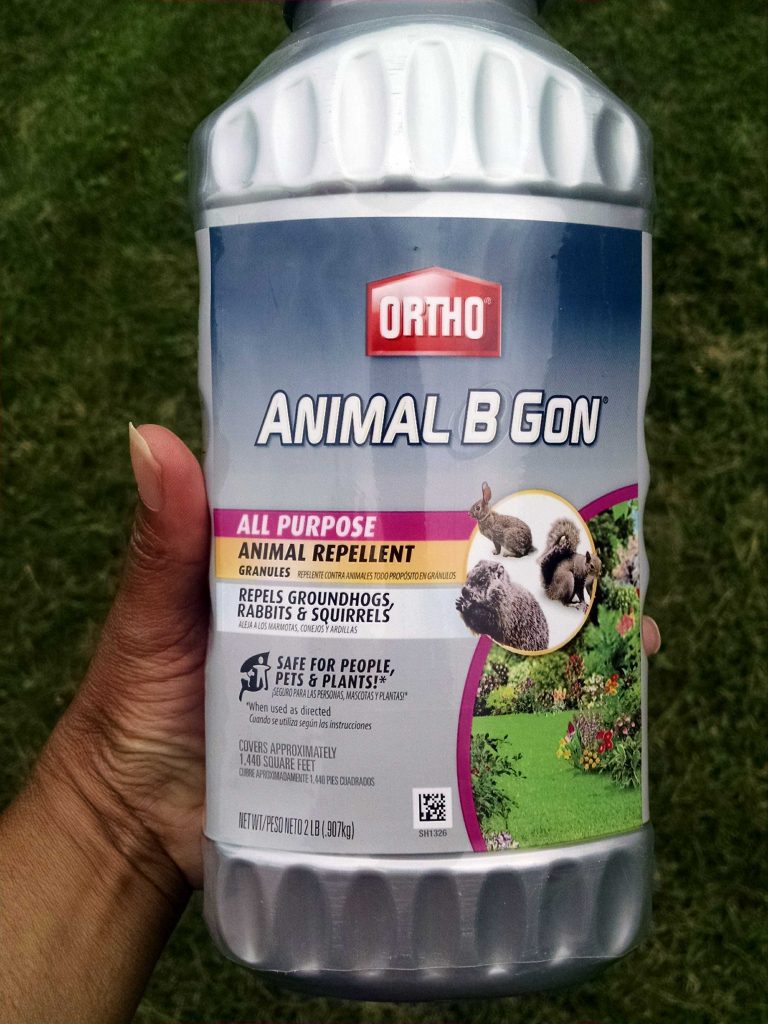 Now that we seem to have a handle on the blight, woodchucks and rabbits all we have to do now is keep it weeded. We’ve already been harvesting herbs, kale, swiss chard and garlic. And there are lots of baby vegetables that we’ll be able to eat soon too. Can’t hardly wait! 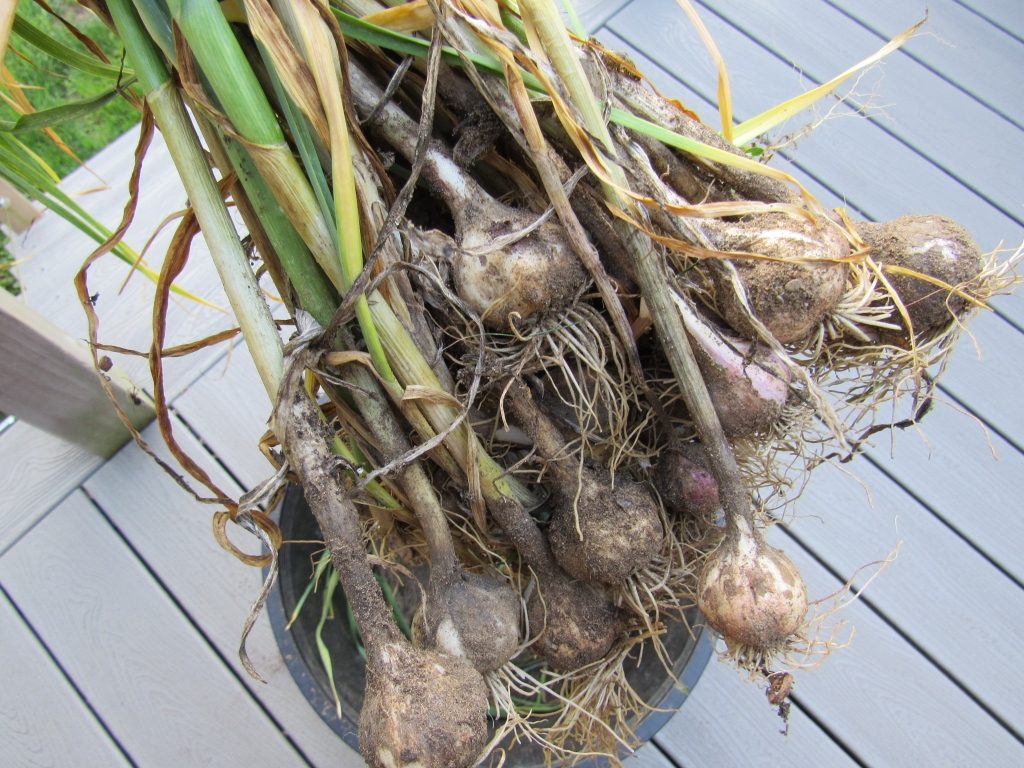 I honestly have no idea what kind of garlic I planted but I know it’ll be good!

I Tried Hello Fresh and This Is What I Learned

Another Garden Update and a Pot of Soup