I just love pie. One of my favorite things to do is to make pie using whatever fruit is in season. That’s what inspired this Apple Pear Crumble Pie. 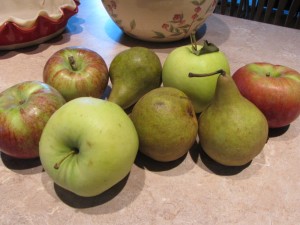 This pie was a hit at my annual fried chicken dinner. It was sooo easy to make. I just peeled and cored the apples and pears, tossed with a sugar/spice mixture and topped with a crumb topping. 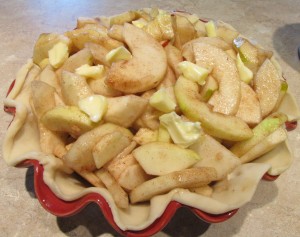 The sliced fruit is tossed with sugar, cinnamon, nutmeg and allspice and topped with a little butter. 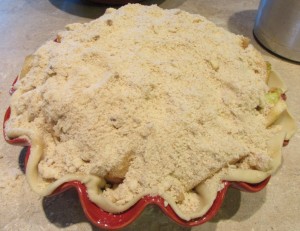 Ready to go into the oven!

Tip: this pie will definitely bubble over so I like to place the pie on a baking sheet. 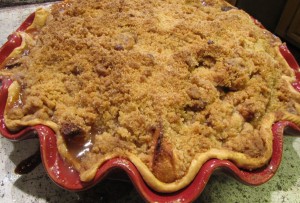 Bake for an hour to an hour and 15 minutes until the fruit is tender.

Let the pie rest until cool or you can eat it warm. If you go for eating it warm, just know that the pie might fall apart a little bit on you. If you let it rest, this is what it will look like. 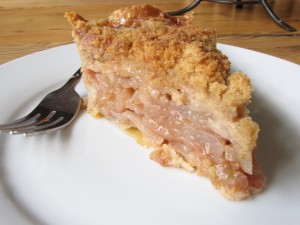