How College Freshmen Can Avoid Gaining ‘The Dreaded 15’

It seems like yesterday that my son, Justin, was a baby. A wee baby, born 13 weeks early and weighing just under 2 pounds. Now he’s headed off to college. 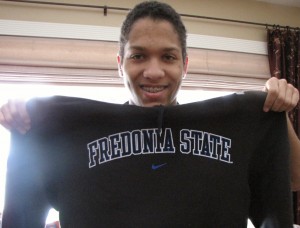 Staying physically fit has been a priority for Justin because he was born so premature. He’s dealt with asthma and other respiratory difficulties and has outgrown all of them. We saw a dramatic improvement with his health especially after he became involved in sports like snowboarding, track and volleyball.

Now that he’s headed to college to pursue his education in Music Business, he won’t be playing any organized sports. He also has the ‘deluxe’ meal plan so keeping off the dreaded ‘Freshman 15’ is something that’s on his mind.

Believe it or not, most college students will gain between 15 and 25 pounds by the end of their sophomore year. The culprit, according to The Best Colleges website, is lack of exercise.

Here are their tips, for even the biggest couch potato, to avoid gaining those extra pounds:

(Infographic “The Best Regimen for College Fitness” from TheBestColleges.org)