This year we planted only two zucchini plants and boy are they producing. I check the garden just about every day so that I don’t end up with zucchini the size of a baseball bat. So it was music to my ears when Justin said to me the other day, ‘Mom when are you going to make some zucchini parm? You know I love it.’

What?!? He likes zucchini parm? Seriously? He doesn’t like eggplant parm because it’s too ‘mushy’. Chicken parm, in his eyes, is meh. But now, all of a sudden, he LOVES zucchini parm? Great! 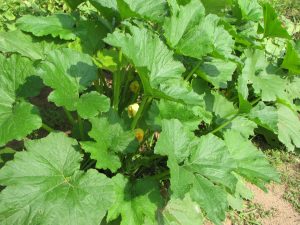 Like any of the aforementioned parmesan recipes, you need to follow these steps – season, dredge, fry, bake. 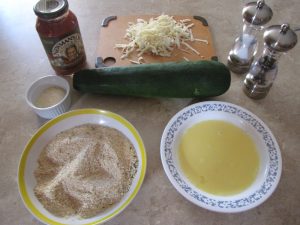 I like to get all my ingredients together before I begin cooking. I used a pretty large zucchini – maybe 18″ long and about 3″-4″ in diameter. 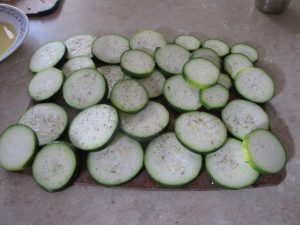 Slice the zucchini into rounds about 1/4″ thick. Season with salt and pepper.

Dip each zucchini slice in the egg, then into the bread crumb mix. 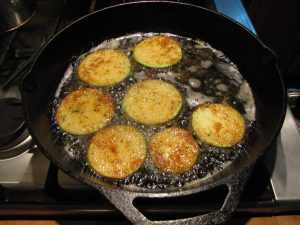 Combine equal parts of canola and olive oil in a large saute pan – enough to cover the pan by 1/4″. 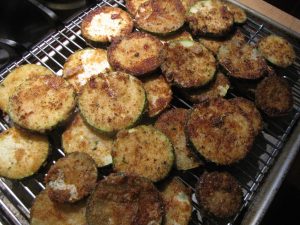 Fry in batches – about 2-3 minutes per side. You want them to be lightly golden brown. 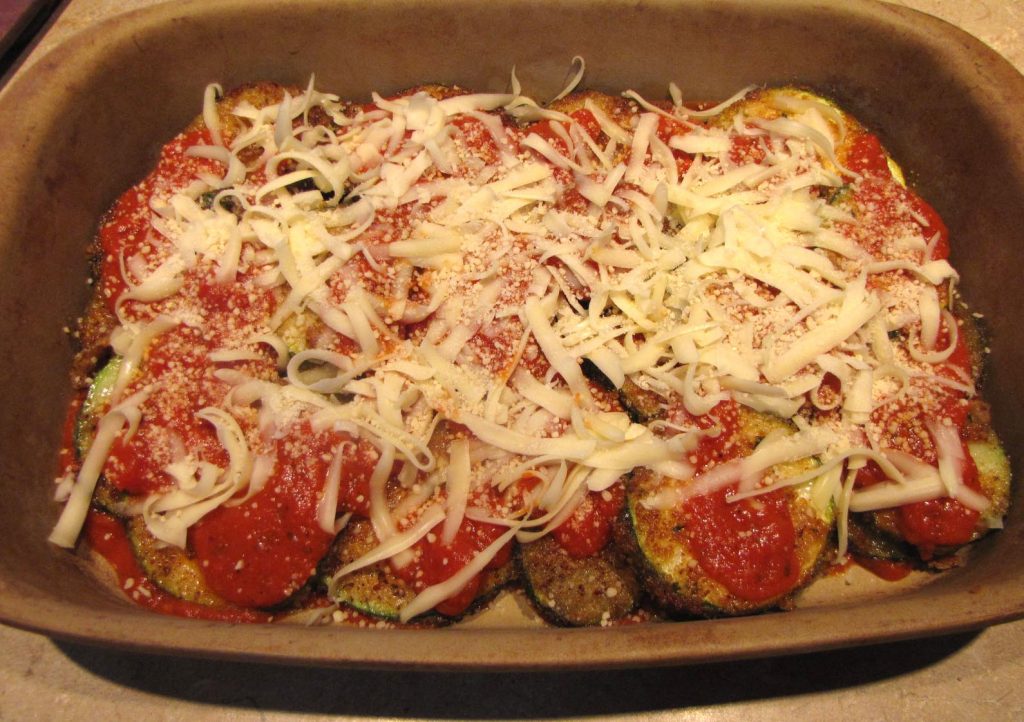 Top with more sauce, about a cup. Then sprinkle one cup of mozzarella cheese and 1/4 cup of grated parm on top. Bake at 350F for 20-30 minutes until the cheese in golden brown and the sauce is nice and bubbly.

By not frying the zucchini too long and baking until the cheese is just melted, you end up with a zucchini parm that’s not mushy. 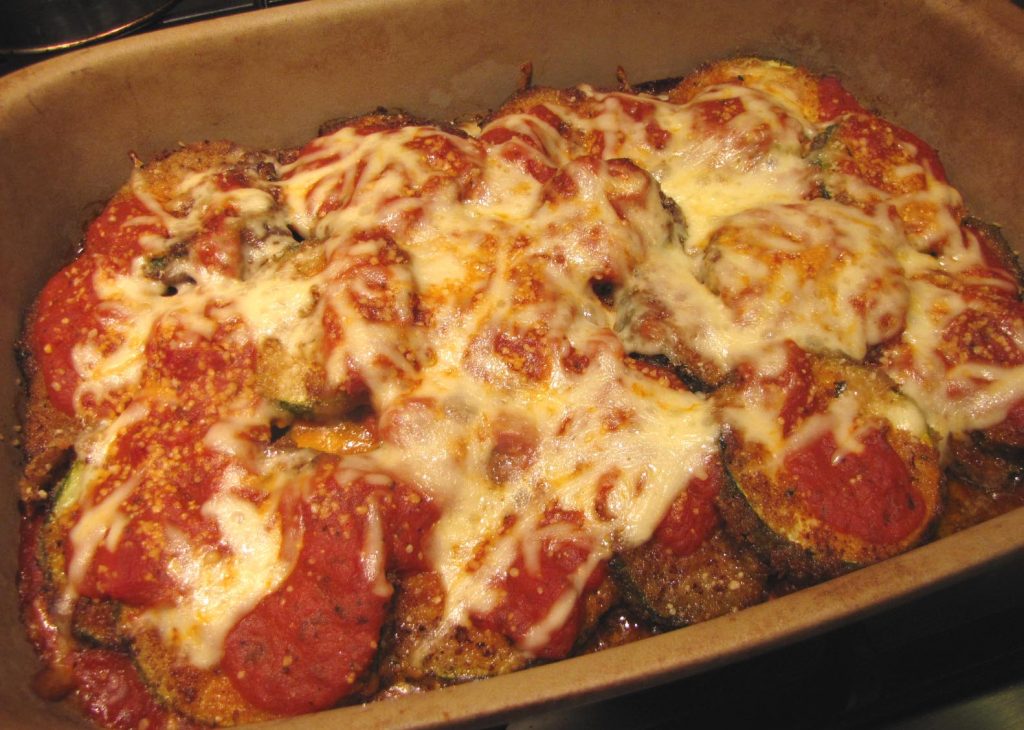 This will easily serve 6 to 8 as a side dish or 4 to 6 as a main course. I’ve included the recipe below so you can print it out and give it a try.

It’s All About The Slaw

How to Roast Asian Sweet Potatoes